Sincere thanks to Chris Walker for compiling the following history of  golf in the Biggleswade/Potton area, John O'Gaunt the man and the Burgoyne family :

Golf started on Biggleswade Common, some 1.25 miles due South-West of the present John O’Gaunt Golf Club in 1891.  There it continued, albeit with one break, until 1948 when John O’Gaunt Golf Club opened in Sutton Park and the golfers moved to there.  The course in Sutton Park began as 9 holes, reached the full 18 holes by 1950 and by 1980 a second set of 18 holes had been added – the Carthagena Course – on the other side of the Biggleswade to Potton road.

The North Beds Golf Club’s first President was Arthur Wellesley Peel, the Speaker of the House of Commons from 1884 to 1895 who lived at The Lodge, Sandy (now the Headquarters of the RSPB).  Its first Captain was the Marquess of Granby MP.  In 1905 the Captain was Charles Guy Pym, MP for Bedford and someone with a very close association with golf on Wimbledon Common and the creation of Royal St. George’s Golf Club at Sandwich.

On 22/2/1896 there were newspaper reports of a match on the North Beds Golf Course between Bedfordshire and Huntingdonshire, “One of the first inter-county matches played in England”.  Bedfordshire taking players from Bedford Golf Club, North Beds, South Beds and Dunstable; Huntingdonshire from Huntingdon and St.Neots.

An early professional at North Beds Golf Club (between 1905 and 1909) was Alfred Vardon (1880 to 1947), a younger brother of the great Harry Vardon.  The course started as 12 holes but by 1914 it had been reduced to 9 holes.  J.Lawrence was then recorded as the professional, Alfred Vardon having moved to Worlebury Golf Club which he co-designed with his brothers Harry and Tom.

Nisbet's Golf Yearbook for 1905 gave the membership as 48 stated: “The course is situated on Biggleswade Common. A flat course it is a fairly good specimen of an inland course, and the greens are very good indeed, but, rather small. There is at present no Sunday play.”

North Beds Golf Club was closed down following a Committee Meeting on 23/10/1916 “… until after the war owing to the financial position and lack of members.”

The Prospectus of the North Beds Golf Club (undated but presumably from 1890 or 1891) can be found at the Bedfordshire Archives and Records Service (http://bedsarchives.bedford.gov.uk/ArchivesAndRecordOffice.aspx) in Francis Pym’s commonplace book, ref. PM3009.

In 1928 Tom Moore and Fred Levitt started to practice golf on Biggleswade Common in anticipation of re-forming a golf club.  This lead to a public meeting on 18/12/29 being called by the committee of the recently formed Mid Beds Golf Club.

Mid Beds Golf Club had originally been the name of the club that was formed in 1912 and which played at Clapham, North of Bedford (not far from where the unrelated Bedford Golf Club played between 1891 and 1895).  However, agreement was reached that the Clapham club should change its name to Bedford and County Golf Club and that the club formed in 1929 and playing on Biggleswade Common should henceforth be known as Mid Beds Golf Club.

At the public meeting, Mr Dudley Stewart Redman, the Club Captain, stated that the committee had engaged a groundsman, who had begun to lay out the course, and it was hoped that it would be open for play in May. Already 61 gentlemen and 29 ladies had put their names forward for membership. The pavilion at Furzen Hall was being removed and was to be re-sited at the Potton Road entrance to the Common and also extended.

This may imply that the club played over a somewhat different part of the Common compared to the North Beds Golf Club up until the First World War.  The course consisted of 9 holes, a map of which (as of 1943) is available in the Bedfordshire Archives and Records Service.

The first monthly medal over the new course was played on 4/9/1930.

Exhibition matches were held on 28/4/32 and then on 20/4/33 when Abe Mitchell, partnering A.Ashby, Letchworth beat R.A.King and W.J.Moore junior, Biddenham on the sixteenth green.  Mitchell recorded a course record of 70 with King only just behind him on 71.

In 1940 the 9 hole course had a Standard Scratch Score and Par of 74. There was a membership of 140. Course Records were: Amateur R.D.Bridger with a score of 73 and Professional Abe Mitchell 70.

With the onset of World War Two, three of the nine holes had to be given over to crop production and elsewhere ditches had to be dug to prevent enemy aircraft from landing.  However, play did continue and Army Officers stationed nearby at Sutton Park were given courtesy of the course.

There are records of membership numbers of 120 for 1947/48 and 130 for 1948/49 and that the professional and greenkeeper was Maurice Foster.  But the transfer of all golf from Biggleswade Common to Sutton Park (as John O’Gaunt Golf Club) was by then underway, with the latter club and course opening for business on 24th June 1948.

For more information on North Beds Golf Club see: http://www.golfsmissinglinks.co.uk/index.php/england/central-east/bedfordshire/560-beds-mid-bedfordshire-golf-club-clapham-beds.  But I do think that the “International Four Ball” on 30/9/20 and the Bank Holiday Medal played on Monday 6/8/23 refer to play on the then similarly named Mid Beds Golf Club at Clapham, Bedfordshire and not on Biggleswade Common.

A map of Biggleswade Common and of the Mid Beds Golf Course dating from 1943 (and showing the location of the 9 greens) can be found at the Bedfordshire Archives and Records Service (http://bedsarchives.bedford.gov.uk/ArchivesAndRecordOffice.aspx), ref. PK8/1/10.

John of Gaunt, 1st Duke of Lancaster, 1340 to 1399 was an English nobleman, the third of five surviving sons of King Edward III. He was called "John of Gaunt" because he was born in Ghent, then rendered in English as Gaunt.

John exercised great influence over his nephew, King Richard II, especially when the latter was young.  His male heirs included Kings Henry IV, Henry V, and Henry VI and his daughters included Queen Philippa of Portugal and Queen Catherine of Castile. John also fathered children named "Beaufort" from whom are descended King Henry VII and even our present Queen.

John of Gaunt was one of the richest men of all time.  He was Lord of the Manor of Sutton.  The 17th green on the John O’Gaunt Course in also known as John O’Gaunt’s Hill.  It is said to be the site of his manor house.

The Burgoyne family were Lords of the Manor of Sutton between 1544 and 1921.  They were Baronets since 1641 but the 10th Baronet, Sir John Montague Burgoyne died in 1921 without issue.  His widow, Lady Burgoyne died in 1938 after which the whole of Sutton Parish, except for the Church and its Glebe Land, were going to be auctioned off on 25th September 1939 but World War Two intervened and the sale was actually concluded in 1946.

Sutton Park and the house were occupied by the Pioneer Corps during World War II.  There was also a Prisoner of War camp (No.628) in the form of a series of huts just in front of the 9th tee on the John O’Gaunt Course.

Sutton Park (the house, grounds of 145 acres and three cottages) were purchased in 1946 by John O’Gaunt Golf & Country Club Ltd. for £8476.5s.8d.  The ‘founding fathers’ of John O’Gaunt Golf Club consisted of the directors of the company: J.J.H.Anderson, R.D.Bridger, G.W.Styles, H.Wale and F.C.Levitt plus Reg Wale.  Work on the design and construction of the golf course commenced in 1947 despite the Army still being in occupation of the house.  The firm of C.K.Cotton of Whitchurch submitted a cost estimate for 18 holes of £9594.6s.0d. but the Club decided instead to use W.G.Groves, a scratch golfer from the Bedfordshire Golf Club, plus professional Maurice Foster.  The Army finally left in May 1948 and the Club eventually received a considerable sum by way of compensation, namely £5828.4s.3d.

Initially just 9 holes (today’s 1st to 4th, 14th to 18th) were opened on 24th June 1948 at a cost of some £3791.1s.2d.  Hubert Wale was elected the first Captain.   The full 18 holes on the John O’Gaunt course were opened on 20th May 1950, again designed by W.G.Groves, with construction supervised by Maurice Foster using Algy Busby as the main contractor.  The course then measured 6375 yards and was in 1950 awarded a Standard Scratch Score of 75 (vs. today’s 6535 yards, par 71, SSS 72 and for the Ladies 5769 yards, par 74, SSS 74).  W.G.Groves was by then also the Club’s first Secretary.  There have been no routing changes since the original design but loss of certain trees and planting of many others has changed the way certain of the holes play.  In 1950, Henry Longhurst visited John O’Gaunt and published a book about the Club.

Construction of the Carthagena Course

The majority of the land on which the present Carthagena course stands was purchased by the Club in 1963.  The first 9 holes (the present 5th, 7th (to the 8th green), 9th, 10th to 14th and 18th) were designed by Hawtree & Son.  These only opened for play in April 1972, partly because of all the construction work being carried out ‘in house’.  A practice area then occupied the present 1st, 2nd and 3rd holes and scope of expansion to 18 holes was therefore possible once further land (the present 15th, 16th and 17th holes) came onto the market.  The full 18 holes were opened on 18th May 1980.  The Carthagena Bowl greensome competition is played annually to celebrate this event.  The Carthagena course now measures 5833 yards, par 69, SSS 69 and for the Ladies 5297 yards, par 70, SSS 71.

The name Carthagena comes from the farm that originally occupied the land on which the course now stands.  The so-called War of Jenkin’s Ear spanned the years 1739–1748 but was largely over by 1742 and the Parish of Sutton was ‘enclosed’ in 1741-42.  Hence the names of battles and places in the Caribbean were very much in the public mind when it came to the Burgoynes deciding on names for the various post-enclosure farms which included Carthagena, Porto Bello, Panama, Havana and St Jago (Spanish Town, Jamaica).

John O’Gaunt Golf Club hosted the English County Finals in 1986 between teams from Hertfordshire (the eventual winners), Lancashire, Staffordshire and Devon.  The English Seniors Championship was held in both 1993 and 2003.  More recently, in 2016, the John O’Gaunt Course was used for the final qualifying for the British Ladies Open being played at Woburn Golf Club.

There have only been Four Head Professionals at John O’Gaunt Golf Club:

John O’Gaunt Golf Club has a strong Ladies Section (dating back to 1930 shortly after Mid Beds Golf Club was formed with play on Biggleswade Common) and strong Senior (formed in 1977) and Junior Sections (formed in 1973 by Herby Aarons). 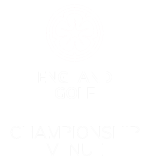